Inside a Flying Saucer

The following experience happened in the 1980s. At that time I was still in Belgium. One night I woke up in full consciousness and I found myself flying over a landscape in my astral body. In the distance I saw a small metal looking flying saucer. I flew towards the vehicle and I moved right into it. Being inside I had a clear look at the interior. In the middle of the circular room were two human looking beings. As far as I could tell they looked just like humans. These two were in control of the craft. Around the inside perimeter was a ledge with instrumentation. The instrumentation was few and looked simple. As far as I could distinguish, it was showing colored lights among other things. There were three beings sitting as these consoles, holding and moving their hands over these lights. I understood clearly that all the occupants were unified in mind. Each person knew what each other person was thinking and doing, and they worked together in unison. The craft was controlled solely by the mind of the occupants. I also felt that the these people had complete control of their minds. No wandering thoughts; they had clear, focused thought processes. I realized that we humans on Earth are not capable to have such a clear mind, nor able to fly such a craft. I also felt that the two beings in the center were not aware of me, or they were but decided to completely ignore me. All this lasted only a couple of seconds, Then I exited the craft into the opposite direction, and went back to my physical body.

I feel that I was guided to have this experience, probably by my spiritual guides. At that time, there were very few books about flying saucers in the Dutch language. The whole subject was very mysterious, and nobody really knew who the occupants were. The occupants were usually referred to as ufonauts. Only in the 2000s I came across a few references that at least some ETs were piloting their vehicles by their mind.

As with other spiritual experiences, I feel that this one was shown to me to give me a first hand experience of the reality of extraterrestrials. One such experience is enough. Since then I did not have to believe in them. I know that they exist and that they are here. 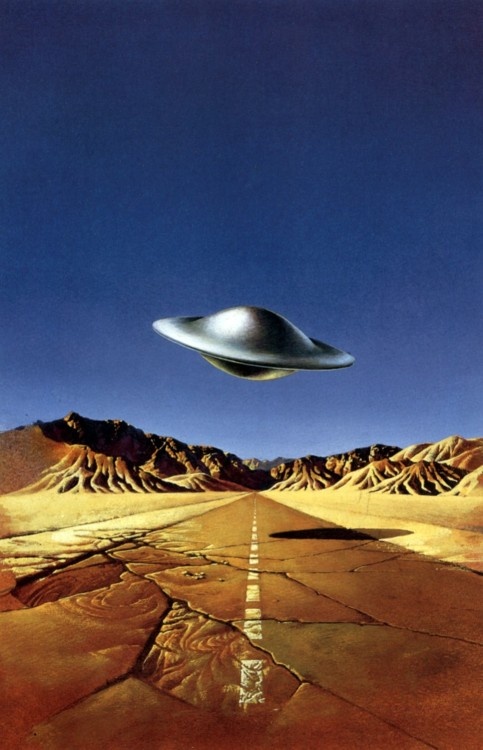 I am a life long spiritual seeker, exploring the mysteries of man, life, and the universe. I had many mystical experiences during my life. There is nothing spectacular about them. These experiences are often unexpected, and lie outside what we have been told is possible. They served to learn about the Greater Reality, that part of reality that is not talked about in school, government or corporation. Nevertheless it is very real, and a part of being human on this planet. I have studied many different doctrines and teachings, both esoteric and scientific. I have learned to see the common essence in all these disciplines, and the many connections between them. I have found that many people have spiritual, mystical or just unusual experiences they never talk about because of the many taboos this society has about certain subjects. However when they encounter someone they see they can trust they open up. It is time now for people to talk openly, and not to fear ridicule. I see it as my task to write about all these subjects and experiences that can enrich a person's life. Exchanging ideas, opinions, beliefs and experiences will bring us together and we will realize that we are not different from each other. It does not matter where you live on the earth, or what your cultural background is. If we pay attention to our humanness, then we can create a better world for all of us.
View all posts by Cosmick Traveler →
This entry was posted in astral, Consciousness, cosmic beings, cosmic vehicles, out-of-the-body and tagged experiences, extraterrestrials, flying saucer, spiritual, ufo. Bookmark the permalink.

1 Response to Inside a Flying Saucer