Posted on August 1, 2016 by Cosmick Traveler

What remains from ancient advanced, technological societies is mostly stone ruins, all over the globe. After all, the survivors of cataclysms and their descendants have used and re-used whatever they could recover from these ruins. After 12,000 years what is left are the cyclopic, multi-ton building blocks too heavy to move and re-use. Any metal, not rusted away, would have been smelted to make new tools. However the ancient were able to mine, refine, and purify metals that required high temperatures to melt, such as aluminum. The survivors, having lost their technology, were not able to re-melt these kinds of metals. These metals were simply re-used, or kept as a curiosity. I think that modern-day finds of such metals, in archaeological digs or accidental finds, were just whisked away in the basement of museums, or to end up in private collections, because like so many other ancient artifacts, if it doesn’t fit the established theories then it doesn’t exist.

Once in a while such a find does get publicity, if it falls in the right hands. I have gathered the few instances when this happened, and you can read about it in my article Ancient Artifacts Made from Highly Unusual Metals . 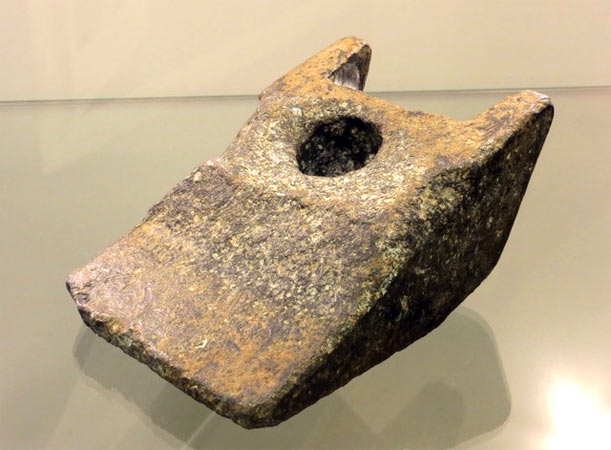 I am a life long spiritual seeker, exploring the mysteries of man, life, and the universe. I had many mystical experiences during my life. There is nothing spectacular about them. These experiences are often unexpected, and lie outside what we have been told is possible. They served to learn about the Greater Reality, that part of reality that is not talked about in school, government or corporation. Nevertheless it is very real, and a part of being human on this planet. I have studied many different doctrines and teachings, both esoteric and scientific. I have learned to see the common essence in all these disciplines, and the many connections between them. I have found that many people have spiritual, mystical or just unusual experiences they never talk about because of the many taboos this society has about certain subjects. However when they encounter someone they see they can trust they open up. It is time now for people to talk openly, and not to fear ridicule. I see it as my task to write about all these subjects and experiences that can enrich a person's life. Exchanging ideas, opinions, beliefs and experiences will bring us together and we will realize that we are not different from each other. It does not matter where you live on the earth, or what your cultural background is. If we pay attention to our humanness, then we can create a better world for all of us.
View all posts by Cosmick Traveler →
This entry was posted in Aliens, Ancient Civilizations, Atlantis and tagged aluminium, aluminum, ancient, artefacts, artifacts, metals, technology, tools. Bookmark the permalink.