Posted on January 1, 2018 by Cosmick Traveler

In a previous blog, called Entering an Alternate Reality, I talked about people’s experiences of a reality that could not have happened in our physical world as we know it. There are different kinds of reality shifts. Some seem to be by accident when people enter a vortex zone, but others are clearly orchestrated by intelligent beings for mysterious reasons. Maybe they are doing this to certain individuals to shake up their consciousness, to give them a wider perspective to our narrow human conception of what reality is.

I once read a story of a man in Paris in the 1900s who was invited by a stranger to attend a private classical music event in a nearby apartment. He went to the house, to the second level, and listened to the classical music performed by a small group of musicians all dressed in clothing of previous century. At the end of the evening, before he left, he put the lighter on one of the furniture pieces after having lit a cigarette, and forgot to put it away again. Once outside he remembered his lighter and turned around to open the door but the door was locked. Banging on the door, a person opened the door and asked what all the commotion was about. He explained that he had attended the musical evening, and had forgotten his lighter. He was told that the apartment upstairs had been empty for a long time, and that there was no musical event. Eventually he got to go upstairs and found his lighter where he left it, and noticed that all the furniture had gathered a lot of dust, what was not the case when he had been there just a couple of minutes before. He never figured out what really happened or why.

In the article mentioned above I also yold the story of Oscar Eckenstein (1859-1921) who was an English rock climber, and friend, mentor and fellow mountaineer of Aleister Crowley. He had a similar experience in which he entered a strange house where a lady offered him dinner, only to find, several days later, that the house had been empty for a long time.

I found another, also similar story in the interview with Johnny Sands (Singer, Songwriter, Stuntman, Native American, and an Alien and MIB Eyewitness) done by Brent Raynes (Source: Mysterious America). The entire story is long, and I will quote only the part that pertains to the apartment he visited.

“Well the next day, I got a phone call at John’s house. Now nobody knew John’s number. We hadn’t given that out. The call was about how they’d like to meet me. They were Dave Dunn’s filming production company out of Hollywood, California, and they had heard about this and wanted to do a documentary, and could they meet me. I said, “Can you get this program over with if I’ll interview with you? I want it done.” They said, “We think we can.” I said, “Okay.” So I brought John Worth with me, and they told me what kind of complex they were in and the apartment number. So me and John went down there. When I knocked on the door this Dave Dunn (or who said he was Dave Dunn) answered the door. He was dressed in a black/grayish turtleneck shirt, black pants, and as I came in the door I noticed that there were two more men. One standing in the back bedroom door looking out, not saying anything, and one leaning against the bar. The house was completely furnished with looked like New England furniture. Heavy duty big time stuff, beautiful fireplace, a mirror with hand painted muriels on the glass. I sat down in the chair like I’m sitting here, and we began to talk a little. “

“So we got up at daylight and went to that apartment, and I was beating on that door and a maintenance man was coming up the hall, and he said, “Excuse me, who are you looking for?” I said, “The people in here.” He said, “There is nobody in there.” I said, “Yes there is somebody in there and I want to see him right now. His name is Dave Dunn.” He said, “I’m sorry, you’ve got the wrong apartment.” I said, “No, I haven’t got the wrong apartment,” and John said, “No, I’ve got it right here written down. This is right. We’ve been here three times.” He said, “Sir, I’m not trying to be smart but something is confusing here because that’s empty.” I said, “No. It ain’t empty. They’ve got all kinds of furniture in this joint.” He said, “Let me take you downstairs,” so he actually woke up the landlord and I explained to her, and she said, “Sir, I’m sorry, but you’ve got it confused. Maybe there’s another apartment building.” I said, “Mam, I’ll tell you all about it,” and I started explaining about all of this heavy-duty furniture and then I got to the mantle, and when I got to the mantle being hand painted and all, she said, “Come with me,” so we walked across there, went up the stairs and went in that apartment, on the second floor, and when we got there she stuck the key in the door, and she said “Sir, I’m not going to tell you that you’ve never been here before, because you described the mantle, but the strange thing is” and she pushed that door open, and she said “Where is that furniture at?” I said, “Good God. They were here last night.” She said, “It’s impossible. With the kind of furniture and the many rooms you’re talking about here, they would have had to have had a tractor trailer in here and several men moving this stuff. There’s no way in the world they could have moved that much stuff in that many hours.” I said, “Mam, they were here.” She said, “I believe something went on.”

Look we didn’t believe nobody then. We knocked on doors after doors after doors in that apartment complex. “Did you hear anything? Did you see anything?” Nobody had seen anything. They never seen these men. I said, “Did you ever see that black Cadillac?” One person said, “I thought that I might have seen it at one time.” But they disappeared. Now John Worth runs an investigation, APRO run an investigation, trying to locate these people. They don’t exist. They didn’t exist then, and they don’t exist today.” 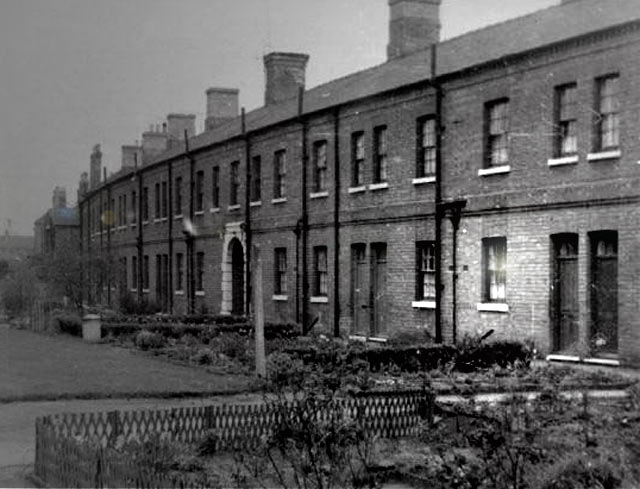 I am a life long spiritual seeker, exploring the mysteries of man, life, and the universe. I had many mystical experiences during my life. There is nothing spectacular about them. These experiences are often unexpected, and lie outside what we have been told is possible. They served to learn about the Greater Reality, that part of reality that is not talked about in school, government or corporation. Nevertheless it is very real, and a part of being human on this planet. I have studied many different doctrines and teachings, both esoteric and scientific. I have learned to see the common essence in all these disciplines, and the many connections between them. I have found that many people have spiritual, mystical or just unusual experiences they never talk about because of the many taboos this society has about certain subjects. However when they encounter someone they see they can trust they open up. It is time now for people to talk openly, and not to fear ridicule. I see it as my task to write about all these subjects and experiences that can enrich a person's life. Exchanging ideas, opinions, beliefs and experiences will bring us together and we will realize that we are not different from each other. It does not matter where you live on the earth, or what your cultural background is. If we pay attention to our humanness, then we can create a better world for all of us.
View all posts by Cosmick Traveler →
This entry was posted in Aliens, Dimensions, reality shift and tagged aliens, dimensions, house, reality, shift. Bookmark the permalink.