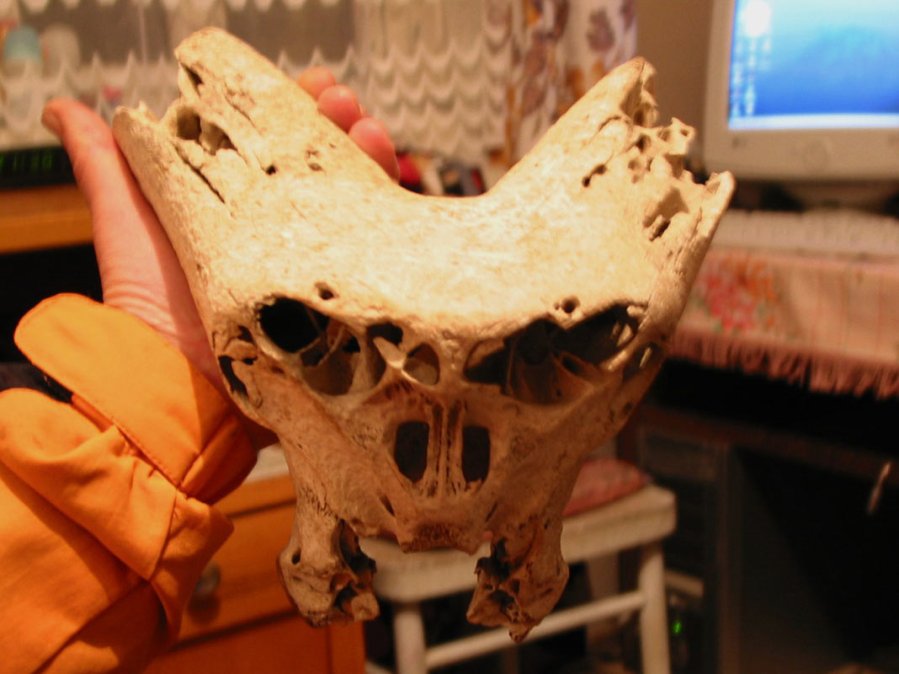 Front view.
The eyes are facing forward, suggesting that this is also a predator type being.

This skull also has two sideways extensions, but more upwards than skull #1. The top parts have broken off.
The eye sockets are smaller than skull #1, but here they are slanted slightly upwards at the sides.

This creature seems to have a big nose. Although the nose holes are still smaller than those of  a human, the ridges around it, and the thick dividing bone between the two holes, suggest a thick, fleshy nose. Nose holes are also rectangular.
It might have had a lower, detachable jaw, that got lost.